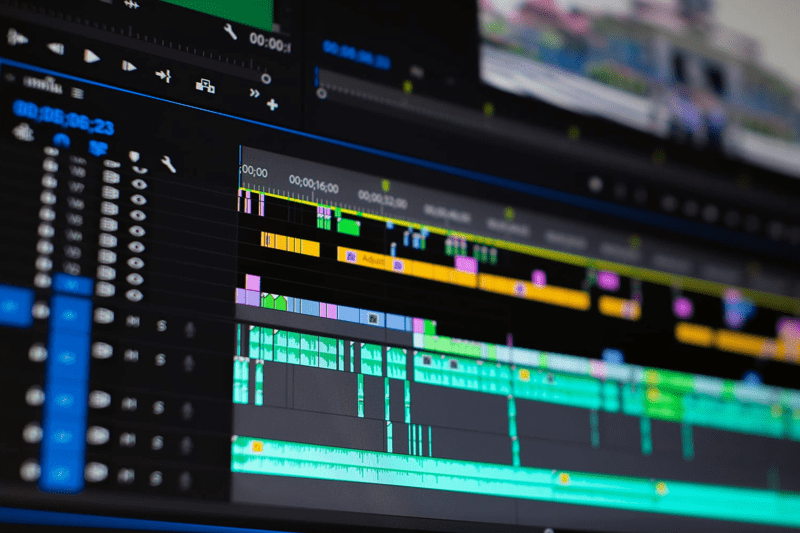 What to Charge for Editing Video

Wesley asks: I have experience in editing cultural, documentary style TV shows. I was recently asked to cut a 15 minute scripted film for television. I have no idea of how much time a scripted film can take to edit. How long is the bare minimum? There’s a way I can estimate the time I will need? What should I take into account in that kind of production?

Answer: There is no industry standard. Way too many variables for an easy answer. It all depends on the complexity of your project (amount of editing of both music and video) and the number/type of effects. Not to mention the type of machine your working on and your own level of perfectionism.

By my advice and experience, plan on about 2-5 hours of work for each minute of final video product.

In the old days a rule of thumb was 1 hour of editing per 1 minute finished. Sometimes in news and sport it is 15-20 minutes of editing for 2-5 minutes of finished.

For a one-hour program, which is actually only around 43 minutes of program content and 17 minutes of commercials, I’ve seen edit schedules with anywhere from 9 to 15 weeks of editing.

Depending on budget, you can have multiple editors on a single episode for a length of time in order to get more done in a shorter schedule, and switch to what’s called a “finishing editor”, a single editor who finishes the episode in their style to make it feel more cohesive as an episode. This person would also be addressing all notes from the network.

Most cable reality shows send 3 to 4 cuts to the network, with the network giving notes on what they’d like to be different in the episode each time. These can be massive re-cuts or simple shot changes. Once the network has gotten all of the cuts and given all of their notes, the episode is considered “locked”, and the video is then color corrected and the audio properly mixed. A nice schedule for this would be a week, but in a pinch this can sometimes be done in two days or less.

Each note pass has a contractually-decided period of time the network has to watch the episode and return their notes, which is typically between 72 and 24 hours, and it’s up to the production company to decide how fast they can get the next cut to the network for notes and still meet their delivery time.

That’s about 17 hours per minute of video. Much longer than anything scripted, because the story for an unscripted show is found during the editorial process, not written before shooting starts.

Tell them how much it will cost for you to complete the final project. Once you open the door to hourly charges you run the risk of nickel and diming which is not fair on either party.

If you know your client, and you know what kind of footage you have and what the project scope is, then estimate the hours it will take you, calculate your rate based upon your actual labor costs, and add the factors you always take into account (overhead, profit, cost of materials) and come up with a price.

Let’s do some math…say you think it will take:

You give the client the price, perhaps broken down into the different milestones as a logical percentage of the whole, but not the number of hours.

Then if the scope changes beyond what is in your statement of work, you can have a clause in your contract about charging more, say in 5% increments per mutual agreement. For example, you deliver the final video and the client says “oh, can you also make me some files to play on my iPad” – that maybe was not in your SOW so you can say “sure, but that was not in my SOW so I will charge you 5% of the agreed upon amount to do that for you – or whatever.

Take it from a plumber

Once you get into hourly charges you are a plumber, but installing a garbage disposal is likely to never take more than 2 hours. If the plumber told you it would take about 2 hours, then, due to the odd configuration of your kitchen sink and limited space under the counter it took 11 hours, you would be upset and likely fight the charges. Rather, if your plumber said “I am a great plumber and I will install the disposal for $500 no matter how long it takes (this assumes the plumber has inspected your sink configuration and knows it might be quick but it might not, so he comes up with a price that is fair to both of you. And you likely know that your sink if oddly configured and might take extra work, so knowing the plumber’s hourly rate posted on his website, you agree that the fixed price may actually be cheaper but that it is more than the price quoted at Home Depot for the same job.