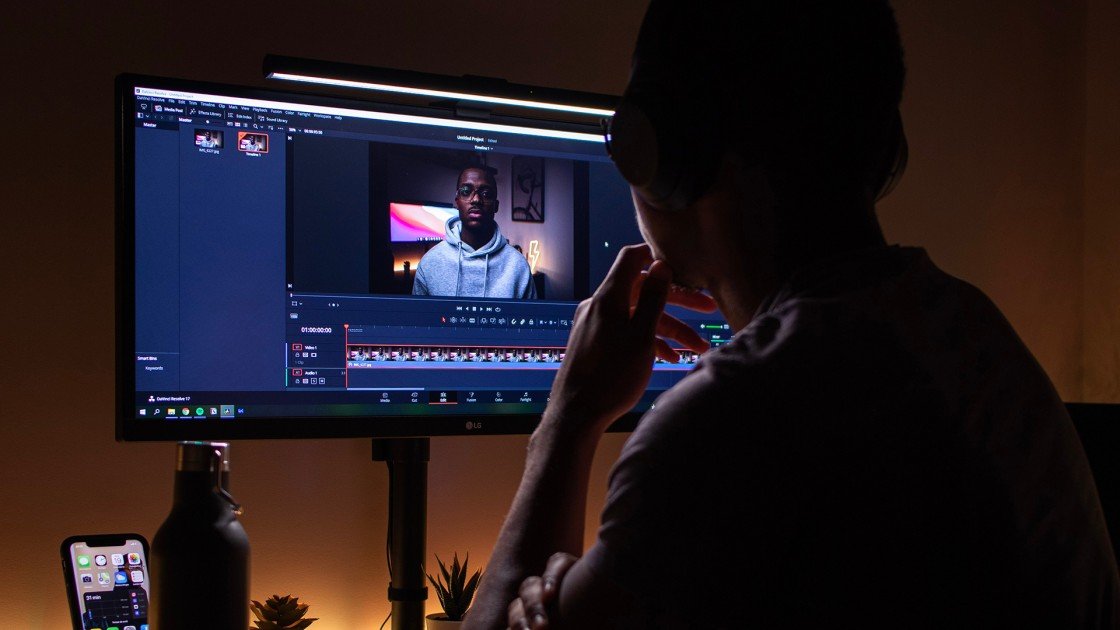 Not all editors are cutting film. But here’s how you can bring the same narrative toolkit to your other projects.

I want to talk about Walter Murch’s Rule of Six. It’s a well-known theory of how to approach film editing, and No Film School actually covered it previously in 2016. Don’t worry, I’ll go through a refresher below.

But I want to speak to a different audience here. A large portion of us working in the industry are not cutting narrative films every day, and sometimes never at all. We work for corporate clients, small business entrepreneurs, and sometimes for ourselves to support our own businesses or social media accounts.

The Not So Glamorous World of Editing

Maybe you’re stuck on how to make a corporate recruiting video and have some extra energy to make it stand out from the rest. Maybe your Instagram Reel isn’t hitting hard enough.

Maybe you have a big client, and Person A wants to cut some line of dialogue because it’s too long, Person B wants to keep that line but change the music (which you perfectly synced to every emotional pause and beat, and it works great), and Person C thinks you should horizontally flip half the shots and add some wavy text throughout to “keep things moving.” Sure, if that’s what you want…

You’re flying blindly, not sure either how to fix things. So, as a full-time employee or a freelance editor, you might ask yourself—how do I communicate my expertise here? How do I organize my thoughts to A) Create comprehension among these notes and B) Suggest alternatives and/or push back on comments that don’t contribute to a better final piece?

Now Back to Walter Murch – Editing for Emotion

Famous for working on films like Apocalypse Now, The Godfather III, The English Patient, and The Talented Mr. Ripley, among others, Murch’s reputation for his book In the Blink of an Eye at times overshadows his IMDb list for its clear and concise approach to editing.

Probably the most popular section from his book is about prioritizing how to approach any given scene within an edit.

He calls his philosophy the Rule of Six, and breaks every scene into these categories with their percentages of importance:

The idea here is that Emotion is the most important aspect of any piece of content. The audience needs to feel something. We need to care. Think about it—if I want information, I’ll go to your webpage, or maybe to Wikipedia. I can get information a lot faster and with a lot less pain.

But Story is still important, but less than half as much as Emotion. This is crucial. We need things to be understandable and easy to follow, but not at the expense of feeling.

In fact, feel free to sacrifice Story, albeit a minimal amount, in the name of creating more Emotion.

Next comes Rhythm, Eye Trace, 2D Plane, and 3D Space. Before we talk about these, I want to ask the most important question of this article.

How do we apply Murch’s concept to projects that are not narrative—or even documentary—in nature? How can we use these ideas to make our work better? Is it even worth thinking about?

Yes, it’s possible. Yes, it’s worth thinking about. I would argue that it’s essential for every single piece of content that you ever work on.

If you’ve never worked on one, the company in question generally sends you a ton of content in various formats (news highlights, phone recordings, Zoom calls, all-hands meetings, photos, newspaper headlines, etc), They give you an outline with a structure of the order in which things should appear, and tell you to make it exciting.

So let’s break down what we have, what we’ve been told, and how to proceed. We should be incredibly thankful that the two most important aspects of editing, according to Murch, have already been defined or built out for us. The story and structure have been completely built out in the outline. We don’t even need to worry about it.

We’ve also already been told that we need to stick to Murch’s most important aspect of editing—Emotion. And it needs to be exciting. We need to work on cutting the fat out of clips and shortening them wherever possible, finding some driving music, and working on a high-paced…

Rhythm. If the piece is supposed to be exciting, then our pace of movement should be fairly quick. We can use sleek transitions to make things feel quicker (If you use Premiere Pro, I highly recommend getting a FilmImpact subscription and dialing in the settings). The music, as previously mentioned, needs to be upbeat and driving, and it should also have cues built into it that will allow you to synchronize it with visual changes throughout the piece.

When thinking about Eye-trace, this likely applies more to how you approach your titles and lower thirds. Make sure everything is consistent and not all over the place. Personally, I try to keep the text in my lower thirds within (at least) action-safe, so the audience’s eyes aren’t wandering all over the screen to read something.

I promised I’d come back to 2D Plane and 3D Space, and here we are.

Forget them. We aren’t concerned with keeping characters on a 180-degree plane for the sake of continuity. It just doesn’t apply here. In fact, take that combined 9% and add it to Rhythm’s importance, giving it 19% instead of 10%. In my opinion, it really is far more important in this case.

Let’s look at a completely different project possibility. A company sizzle reel is probably internal, so the employees have to watch it. We don’t have to worry about getting their attention within three seconds. On the other hand, if you’re creating a one-minute action sports piece for Instagram, your goal is a bit different. But don’t be led to believe that you need to approach the edit differently. Au contraire, my fellow filmmaker. You should use the same method. I’ll explain.

Start with emotion—obviously, it’s important to capture someone’s attention on social media. That’s the entire premise. So you need to start strong, whether that’s with a stunning drone shot, the action about to take place, or the camera on your subject telling you exactly what you’re about to see.

Technically the third idea mentioned above could be construed as Story. Sure, why not? It’s a set-up for what’s to come (Story structure) and it gets us super pumped (Emotion).

Then move on to the story, and remember to stick with a simple three-act structure—beginning, middle, and end. We start with the set-up, show the action, and end on a strong moment—be it the finish, the celebration, or the quick pause before getting back into it.

Use Rhythm, in the same way, to help drive Emotion and Story. Choose music that corresponds emotionally to what we’re seeing, and ideally with cues that allow you to create more Emotion that otherwise wouldn’t be there.

Let’s Wrap It Up

It should become apparent now that not only is it helpful to think of these concepts independently, but they’re also extremely intertwined. For example, the rhythm of a piece can basically dictate the entire feeling of a piece.

Pro tip! A lot of times, if a track I like doesn’t have great cues, but I’m out of time to keep searching for more, or I like it just fine, I’ll manipulate it to accomplish what I want. I pick a beat, copy it to an extra audio track, apply track-wide reverb, and create a pause.

So next time you’re stuck, or you want to elevate a project to wow the client right out of their cubicle and over to AP to double your rate, try letting Murch’s principles of editing for film guide you through any piece of content.