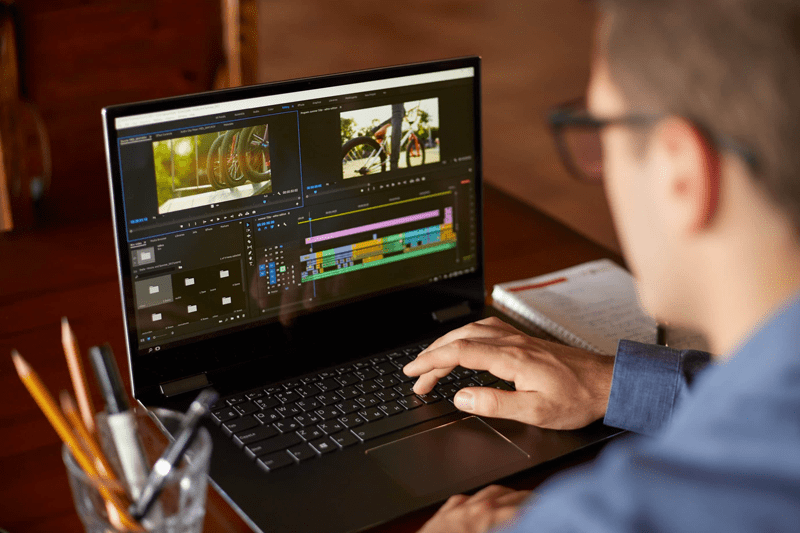 How Long Does it Take to Make a Video?

Jamie asks: How long does video production take? I signed up for a media creation as an elective in school. I don’t think this is for me. Please give me some light at the end of the tunnel!

There’s a lot of variables that need to be accounted for and it depends on what kind of video you are making.

For a Social Media Video:

Everyone is busy. People want to know how much of their valuable time is going to be used to create something that is simply just going to get views or is made “just for fun”.

People vary wildly in their abilities to craft a compelling story, to visualize how to tell it, and to operate the recording equipment and editing software. The actual amount of time you will spend will depend on your skill level at using the equipment and software required for making a video.

I’ve found that people can generally design their video (overall story and how to tell it) in an hour or so, especially if they are given a template to follow. Filming can take a couple of hours or days, depending on your topic, length of the planned video, and where you need to film.
Based on these estimates, the total time required to produce a rough cut is six to seven hours.

For a one-minute video script that has 150 words or less, you should plan on FOUR weeks to accomplish the three production stages.

Ideally, plan on at least two weeks to prepare for a good production. By including the items listed below, you will set yourself up for success. To be efficient, you can overlap multiple actions (for example, script revisions, gathering “already-made” assets, and style decisions) into a single 5-day business week.

Once the pre-production decision making is complete, and you have executive sign-off, then you can expect video recording to take place anywhere from a half-day to a week.

How long it takes to record video will depend on what you are trying to capture, where you are trying to record it, and how many people are involved. Maximize your efficiency by breaking the script down into a call sheet (or an agenda for the day) and a shot list. The call sheet lets everyone involved know what they are supposed to do and when they are supposed to do it. The shot list serves as a checklist of all of the different video clips that need to be captured during the video shoot.

If your script requires an interview or a spokesperson, it will take at least one half-day (5 hours) from start to finish. If the script is longer than 150 words or requires more than one person on camera, you should plan on one full day (10 hours). If you want to feature b-roll along with the interviewee or spokesperson, then you should also plan on at least one full day for the shoot. Need to capture imagery of multiple locations inside or out? Plan on an additional half-day for each location depending upon the distance you’ll need to travel.

Now that the video-recording is finished, it’s time to edit all of the content into a final video.

It should take a video editor about one week to provide a rough cut of your finished video. The rough cut would contain the footage of the interviewee/spokesperson along with b-roll, graphics, and music. Just as in the pre-production stage, there should be two review cycles that involve your input on the edited piece. This takes one to three days, depending on the number of reviewers.

Finally, the video needs to be exported and distributed; this process typically takes less than a half-day.

Thanks to the folks at Cinecraft for helping out with this answer.