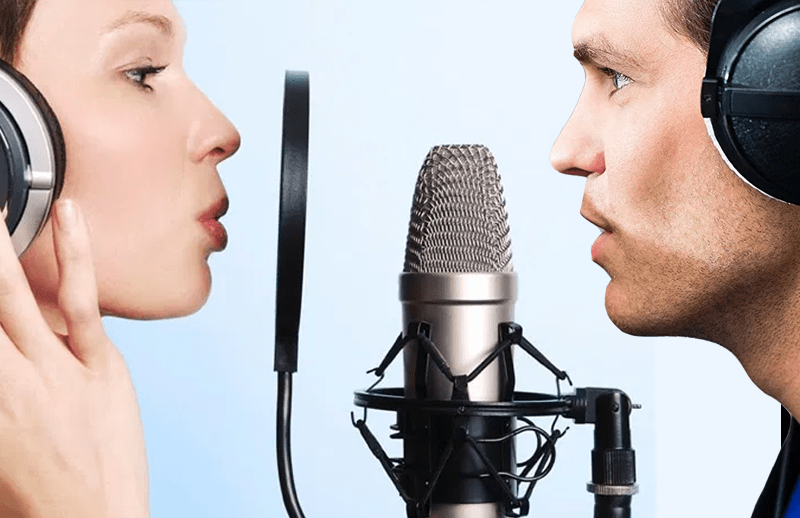 But what is better for voiceovers, male or female voices? This has been a long-debated question that doesn’t seem to have any definitive answer. This article will take a look at some of the factors to look at when deciding to choose between a male or female voice for a voiceover.

In a research study featured on the VoiceBunny blog, male and female voices seemed to appeal to different demographics.

A head-to-head comparison between male and female voice actors revealed the following:

Target demographics play a key part in determining whether a male or female voice should be used. If your product or service is directed at middle-aged women, a middle-aged female voice will better identify with the target audience.

Location can play a part in your choice as well, especially if the area has a strong accent or noticeable factor. Using a voice actor or actress that has these same characteristics can also help better identify with the local consumers.

The male voiceover is typically utilized for selling products aimed at a male consumer like beer and tools.  Female voices are typically used for toilet paper, cleaning and laundry commercials. However, the same study found that two-thirds of respondents believe that gender does not matter when selling items such as cars and computers, while only one-fourth of respondents stated they believe male voices were more productive when selling these items.

A study from The Voice Realm found that 66% of internet video viewers prefer a female voiceover than that of a male. Female voices are viewed as more friendly and trustworthy and used for specific products such as feminine and makeup products that are directed at a female consumer base.